On one of those wonderful autumnal days in Canberra I was having my lunch in an outdoor cafe, all the patrons where huddled together soaking up as much sun as possible before winters gloom.  A young couple were seated next to me the woman appeared distressed and spoke about the resent death of her beloved grandmother a few weeks ago.  Her letter expressing her deep affection towards this grand matriarch of the family had arrived too late and the young woman was in anguish not knowing if her grandmother knew of her feelings.  Her friend trying to sympathise started talking on and on about the tardy postal service and how he too had been a victim and been frustrated by the perils of snail mail.  The man seemed unaware at first that his words bought no comfort then he seemed embarrassed.

Good communication is really about having good listening skills, most people really don’t listen in order to understand rather one anecdote tends to inspire another something like a game of badminton.  People often feel very lonely even in a relationship they can be careful not to open up out of a fear of judgement.   The Swiss Physician Paul Tournier said true dialogue is very rare – in conversations each follows his or her own line; ideas pass each other by without meaning.

To listen well we need to put aside our desire to give advice or fix a problem and let the other person tell us what they need, we need to put aside our agenda.  We are so unpractised and unfamiliar with knowing how to connect with each other that the idea of simply listening with no agenda seems silly because we can’t see how that could make a difference. 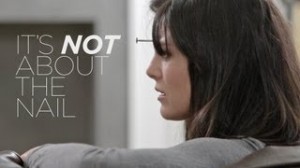 I thought the young man might have done better to comfort his friend by asking her what she wanted to say to her grandmother or even just say “that’s really difficult”. He could not fix the problem but perhaps she might have felt less isolated by her grief.

Jason Headle as developed a brilliant video clip that demonstrates something of what it takes to be a good communicator.    Have a look at Jason’s video clip.

It’s Not About the Nail from Jason Headle